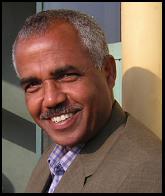 Some twelve years ago the Ethiopian Government embarked on the expansion of higher education in Ethiopia which had to strongly depart from the traditional way of conducting graduate programs which was based on building high-level human capacity in sandwich programs abroad, maily in Sweden. That was obviously piecemeal in a country that wanted to promote economic development, alleviate poverty and improve the livelihoods of its people and at the same time supply the emerging investment ventures of the country with high-level skilled humanpower.

Back then as the leading university in Ethiopia, AAU was mandated to upgrade its programs from undergraduate to graduate level and build in-house PhD programs to supply the emerging universities with high-level human capacity and the Ethiopian dvevloment effors in general. For AAU this was a challenging moment where it had to abondon the conventional ways of training to contemporay framework whreby the university had to inteface its research and training programs with international universities. As a result, AAU came up with the in-house PhD programs concept with the dessertaions of PhD candidates focused on national priority development problems which had to be interfaced with international universities that come to AAU for the comparative advantages the country has. This idea was first bought by the Swedish Internation Development Agency (Sida/Sweden) that supported AAU in providing the financial support to upgarde the ICT, library facilities and reading resources, autaomate the finacial systems and the student data recording and retieval systems, upgrade the skills of the administration wing so that all can facilitate the promotion of quality in-house PhD programs. The Sida support also went into providing opportunities for PhD students to travel abraod for resarch to interantioanl universities, invite visiting professors for teaching and thesis examinations, thereby ensuring matching quality of PhD training at home and abroad. At the same time faculty members of the university are sponsored by Sida grants to tarvel internationally to present their findings at international conferences so that they too update their reasarch programs and create new international networks. Today AAU has 70 PhD programs in various fields with 1998 PhD studenta actively enrolled in all of them.

With the opening of the Grants’ Coordination Office (GCO), this effort is expanding into creating futrher interantional collaboartions by winning World Bank African Centers of Excellence, European Uninon, NORAD-Norway and many others Projects.

It is the hope and vision of the GCO that with such efforts the visibility of AAU internationally increases as in the past 12 years AAU’s rank among African Universities cahnged from 52nd to 16th level, putting AAU among the leading reasearch universities.

AAU Directory of International and some National Projects by 2018